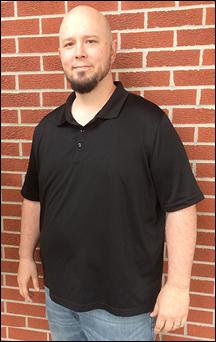 Darrel was born and raised in the Los Angeles area. While on a missions trip in Croatia, he felt called to attend Bethany College of Missions in Minneapolis, where he obtained his Bachelor’s Degree in Cross-Cultural Studies (Missions). It was there he also met and married his wife, Sarah, and they had their first of six girls.

After spending three years on the mission field in Asia, he returned to the US, and got his Master’s of Business Administration degree from Liberty University. He has been living with his family in Iowa since 2008, and living in Spirit Lake and attending Crosswinds since 2019.

Darrel enjoys photography, playing music, playing board games, and taking his daughters to their many sporting and school events.